I began to formulate ideas for “Into Thin Air” after reading an article about a journalist who purportedly found a yeti footprint in the Himalayas. I started thinking about the myth of the yeti and the many quests to uncover definitive proof of its existence. From there I began to string together thoughts about modernism, mythmakers, abstract expressionism and other ideas about aspirations, creativity and the compulsion to repeat, quote, and impose order.

As I moved forward with this project I became interested in utilizing the fortuitous by-products and leftovers of production. The scraps of foam cut away from one piece became the patterns for the mirrors in another. The ink stain resulting from the generation of one piece became a recurring motif that appears elsewhere in various forms. This freeflowing chain of visual associations resulted in a network of circular references that visually link the various components of the installation and that thematically refer to the invention of myth. The use of ordinary building materials contributes to the thematic construct as well.

I chose the working title “Into Thin Air” after the book by Jan Krakauer about a catastrophic disaster during an ascent of Mt. Everest. I was struck by the ephemeral implication in the title and how it might be related to ideas about substance, investment and the creative process.

This project reflects a movement forward in my ongoing investigation which to date has been concerned primarily with the dissemination of second-hand images through the medium of drawing. The themes of that work – pictorial fragmentation, random encounters, thwarted expectations and narrative rupture – are further elaborated by this foray into assembly and collage. 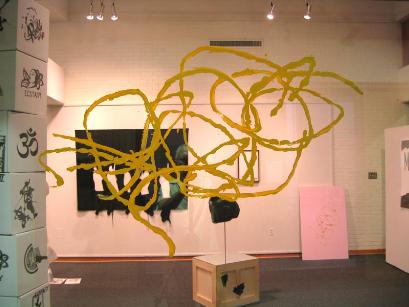 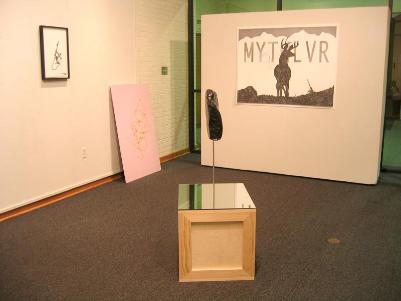 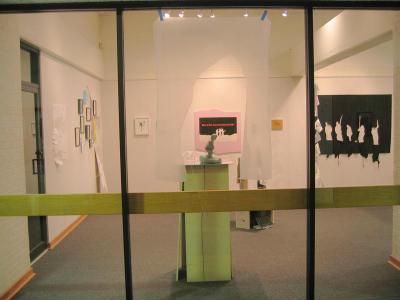 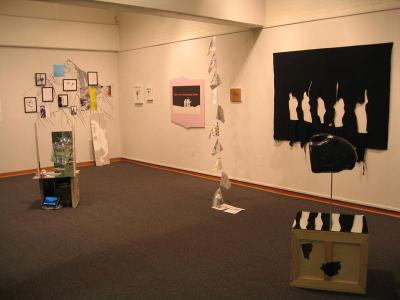 “Stop Action Jackson” is a slideshow compilation of still details from various pieces in the installation, which plays on a small dvd player in the base of the "Base Camp" piece. Interspersed within the slideshow are video clips of the spinning line that rotates in the upper portion of the assemblage as well as short clips of footage from “The Thing,” the John Carpenter horror film from 1982. The short clips lifted from the film depict various moments of dread in which a search takes place in the snows of Antarctica.